About the curator - Andrew McCluskey 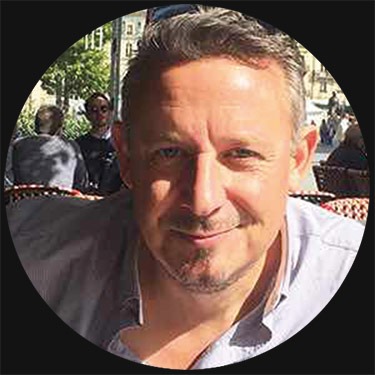 Generally – as a rule – the tracks you find on this playlist don’t have lyrics – the reasoning being that if you’re writing – you don’t need someone else’s words taking up cognitive space.  But it’s not really a rule – it’s more of a “best practice” – at the end of the day, tracks make this list if I’m able to write to them and wow – look at me typing…

Maggie Is Napping – One Of Them

A quiet, mellow, contemplative piece – complete with soothing Owl hoots – that wrapped my psyche in a warm acoustic blanket and gave me the gentle encouragement I needed.

This is a really cool track for lots of reasons – some of which I might outline below and others which I won’t – ‘cos I’m a cryptic motherfucker like that! You can learn more about vivaellipsis here.

I was feeling sad – and I know why, but damn it’s so hard at times.

musicto started out with a vision to become the #1 Independent playlist site on the planet. To that end we set about recruiting amateur playlist curators with the promise that – if we all worked together under the same brand we would eventually be able to monetize our playlists – not through pay to play, but through sponsorship and ultimately single track distribution deals…

There’s this idea in life that just because you know a thing it makes it easier to deal with.

Like sitting down with a therapist, driving through your history until you find the behavior that causes you, many years later, to run away from connection or drink too much or insist on cleaning everything 3 times.

Yeah – that didn’t exactly work out for me either – but – but – it’s the end of January and I’m feeling kinda – what’s that word – I used to use it all the time… it’s odd isn’t it – when you don’t use something for a while it removes itself – giving up space to something more popular – but I’m trying to remember now – what was it – oh yeah – Optimistic!…

Aaaah yes, the choir – the harmonies, the frisson, the hairs standing up on the back of your neck as a soprano haunts your soul.

I’m all too familiar with the effects of becoming dependent upon drugs and alcohol – I don’t wish that on anyone – let alone myself – but in the immortal words of Irvine Welsh:

“People think it’s all about misery and desperation and death and all that shite, which is not to be ignored, but what they forget is the pleasure of it…

Sometimes it’s just so fucking bleak – the past, the present, the future – nothing’s right – everything’s wasted, me included. At times like this – I need something simple, something recognizable, something tangible that I can attach myself to – I need sonic salve.

While the organic opening to this track is rather foreboding, the subsequent six minutes of solid 4 by 4 electronic beats feels relentlessly optimistic…

There’s music on this list that’s there to help production – to provide an energetic accompaniment to your writing or typing – the tracks are not terribly reflective – they’re there to help an existing idea manifest.

But what if you don’t have the idea? What if your muscle memory is all warmed up and ready to go but nothing’s coming out? How do you write your essay then?

It’s the not knowing that kills – and not just you, but your loved ones too as you can’t articulate and are forced to watch as they project and hurt…