What happens when a group of guys meet each other in a high school band? Usually, nothing – unless you have a fetish for slightly or considerably out-of-tune tubas and trumpets. Sorry, it’s just the way it is, at least for the most part. Anyone who has an ear for music would agree. However, every once in a while, something quite brilliant can come out of such tête-à-têtes. This was definitely the case with the boys in a band called Mahogany Purple.

It says something about the quality of the group that while I don’t usually feature nonsense lyrics, or what could be interpreted as nonsense lyrics, in my blog, there was nothing else to do except write a post about “Yes Man,” the lead track off the group’s new EP titled Late To The Party. I came to the conclusion that I am first and foremost a musician and when I hear something this good, I can afford to say, “Who cares about the message?” every once in a while. And as it turned out, I was a bit hasty to write the lyrics off in the first place. Says the band:

“Yes Man” is an upbeat, funk jam about realizing one’s self-worth, not being taken advantage of, and chasing what you want. This song is for anyone who has often felt like a yes man in their life. Standing up for your own wants and ambition is what we want people to take away from this song.

About self-worth, over the years I’ve gathered that the most important thing about life might just be to live it in ways that make you happy. This might sound self-evident to a twenty-something-year-old but check back with me in a few decade’s time and tell me how easy or hard accomplishing that was. I’ll give you a hint: it’s very hard. John Lennon once wrote: “Life is what happens to you when you’re busy making other plans.” How very right he was!

But enough about the lyrics, musically-speaking “Yes Man” is a triumph and works extremely well. From the drums that begin the song to the instrumental section featuring a super-cool trumpet solo that leads to a very dramatic and punchy grande finale, it’s a very nice offering of funk and soul seasoned with a dash of jazz. Sure, there are minor rough spots in the mix like the vocals that get buried a bit and the grittiness of the overall sonic climate. Having said that, I must admit that in this day and age of over-produced music, “Yes Man” sounds refreshing. Simply put, it’s a tune that hasn’t had the life sucked out of it in the studio.

So, while the name of their EP might suggest Mahogany Purple are late to the party, to these ears at least, they’re right on time. And besides, aren’t good things worth the wait? If you don’t know the answer to that question, give “Yes Man” a spin and let the band answer it for you. Trust me, you can only come to one conclusion. Here’s a hint: the word you are looking for has three letters.

You can learn more about Mahogany Purple here: 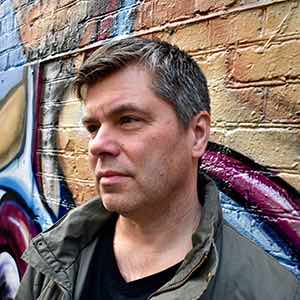