Four chords, some big drums, a longing organ and a powerful vocal. Simple, yet seemingly complex, Pink Floyd’s Great Gig in the Sky quickly take hold of you and you won’t want it to let go. The piece starts out with a simple progression on the piano, then some spoken words about death accompanied by some slide guitar. Oh yeah, there’s some bass in there too. The song suddenly expands with some huge drums and a wailing vocal from Clare Torry. What’s interesting here is that all of the vocals are non-lyrical, she simply lets her notes go, but with such gripping passion, it feels like she is actually saying something. The song is about death so maybe she is crying out for help but doesn’t know what to say. Maybe she’s lost her ability to speak. Whatever it is, it feels right in the song and any actual words would take away from the masterpiece that was created.

What I really like about this song is what an angelic vision I get when I hear it. Death is often associated with grief and sadness, but that might not be the case for the deceased. Somehow it feels like I’m being pulled up out of my body into the clouds. Music is such a powerful medium that it can make us experience these things just by listening. The best part is that since there are no lyrics, it is strictly the music that gives us this feeling. I believe the human voice gives a latching point but she is wailing nonsense. This wailing though feels like it's been trapped inside of her, inside all of us, and by hearing it allows us to feel the same type of relief and “lightening” that she is feeling as she lets herself go.

As the song ends, the energy wains, and you are left with a strange feeling, a mix of being elevated, yet grounded at the same time. You feel whole. You feel incomplete. You feel safe. You can’t help but simile and listen to the song again, because you haven’t experienced something quite like it in a long time, maybe ever. This is what music should do. This is what music is meant to do.

You can learn more about Pink Floyd here: 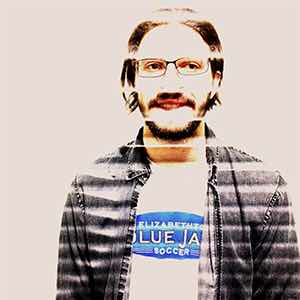