What in the world you thinking of
Laughing in the face of love
What on earth you tryin’ to do
It’s up to you, yeah you

Many words have been put on the relative hypocrisy of John Lennon’s life. A man of many words and tragedies, I personally find it right to neither deny his faults and abuses of those close to him nor his artistic gifts and message. In creating Instant Karma John once retorted that it was, “[written] for breakfast, recorded for lunch and we’re putting it out for dinner”, crafted in a spurt of artistic passion and enigmatic frenzy. Since the song was released before the official breakup of the Beatles, George Harrison collaborated on the track along with the infamous Phil Spector, who would go on to mix the Beatles’ “Let it Be” album.

John said of the song that it is about how people should be aware of the reactions to the things that they do in the present moment, and the essence of life and spontaneity which went into the song remarkably ring true through speakers onto anyone who listens. As John spouts truant exclamation about everyone shining on, it’s hard to not be moved in some way. Both a horrible person and a genius, the tensions of his life form an energy and pressure through which these lyrics are erupted, which makes for quite a human experience. 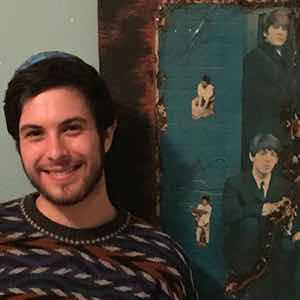 About the curator - Sean Arison

Sean is a happy musician, writer, and artist currently studying Psychology at UCLA. He really enjoys nice smelling fauna and homely ambient lighting. After exclusively listening to the Beatles, Beethoven, and Pink Floyd until the age of fourteen, he now possesses a wide music taste and loves discovering and sharing the beautiful art that he comes across. Sean loves how music is able to indefinably connect to the individual on such a unique and personal level. Sean has recently released his first single! Check it out on Spotify and Bandcamp. He is currently working on releasing his first full-length album in the near future. To know more, connect with Sean on Instagram!