Rob Garza and Eric Hilton are Thievery Corporation, often working with other artists to produce the dream for the song into reality, in this case the vocals are by Emiliana Torrini…

Carry Your Kin – Acoustic – The Breath

Carry Your Kin by The Breath appeared on the album of the same name in 2016. I have chosen the acoustic version, featured on the Carry Your Kin Acoustic EP.  Ríoghnach Connolly sings with an old world patience, accompanied by Stuart McCallum on guitar. This is clean, crisp and very special…

How does wisdom come to us? How do we become, wise?

We are so many versions of ourselves in a lifetime. Can we see each version and honour it, thank it and move on?  Knowing that each version brought us to here and now, knowing that we did the best we could at the time, and if we didn’t we learnt from it…

Yanada, from the Girlhood Album was released by the Australian band The Preatures in August 2017.   Written with Indigenous Songwoman Jacinta Tobin, the song features words in Darug, one of the indigenous language groups of the Sydney Region, Yanada means moon…

Walk the Walk – No Trombones

Thank you to No Trombones for submitting this weeks track, Walk the Walk.  The smooth sound is supported by a great horn section, and the powerful voice of Lil Rounds.  Inspired by those that make promises they don’t keep…..hmmm I think we have all known someone like that.

I drive towards him, he is far away, but not too far.

I have thought of this for years, how to do it, to feel it, to say it, to make it true.  He has waited for me to be ready, seeing things for what they were, that which they are no more.

I love the rhythm of this, like a slight wind on water, or winter sun on sand, its a clear and gentle message.

Have you scaled back your imagination?

Where Will I Be – Emmylou Harris

From the Wrecking Ball Album, Emmylou Harris sings to us “Where will I be, when that trumpet sounds”.  Wisdom shared throughout the song is beautiful and thought provoking.

Watch Over Me – Bernard Fanning

Bernard Fanning, former frontman of the Australian multi award winning band Powderfinger, brings us this weeks heartfelt track, Watch Over Me, released on the Tea and Sympathy Album in 2006.  Bernard describes this as a hymn, inspired to write it after watching the funeral of Pope John Paul II. I don’t know if he is religious, but I know that I am not, we all listen with our own ear.

I feel in between.  I try to articulate my in between feeling from heart to pen to paper.  Enough words come, out and in the words I ask for inspiration, a way for me to express all the joy and love I hold in my heart.  I can feel it more and more, looking for a way out. 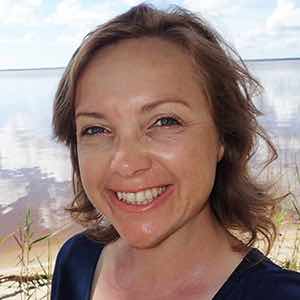 Erin, a Mother of 1 little man and wife to 1 big man has learnt much about herself in the past few years. After moving from the city to the bush (near the Ocean), there weren’t as many distractions as she had become accustomed to, in a smaller community she lost her anonymity and slowly began to become aware of herself, her feelings, the life she had created for herself and her relationships with others. Seeking change from the feelings and behaviours which had become her normal, she sought out methods to do just that. Slowly at first, then a bit more and a bit more she is becoming aware of what she actually wants for herself and has begun removing the things that aren’t that, inside and out. Learning about faith (not religion:-)), fun and how to be gentle with herself and others along the way. https://www.towardsbalance.me/