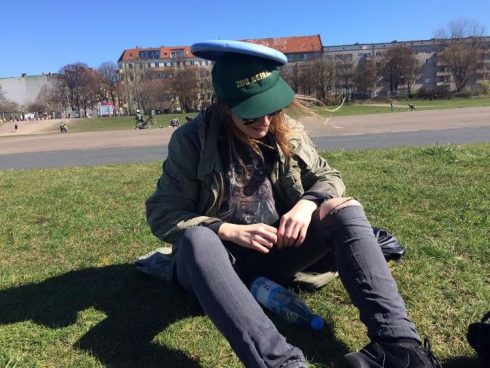 A Day In The Lives

Unrequited love. We’ll all been there, am I right?

Though I’m currently in a mutually loving and respectful relationship, it wasn’t that long ago that I was crooning in a steamy shower over yet another fuckboy down the drain.

Dance This Mess Around – The B-52s

I remember when I saw B-52s at the Rialto Theater in Tucson, Arizona a few years back. I was in my early 20s and expecting a highly energetic performance.

Ever heard this phrase? “Quit while you’re ahead?” None of the members of the B-52s ever have apparently. Instead, I imagine they all have matching tattoos on their rear ends that say something like “Keep on Truckin’” because that’s exactly what they’re doing.

When asked to pick a song for this playlist I immediately knew my first selection would have to be Lily Allen, my go-to for feminist anthems. The question was, which Lily Allen song? Instead of picking one from her brilliant and feminist (in a more obvious way) album Sheezus, I’ve picked an earlier hit, The Fear.

If I could have picked my own voice, I would have certainly chosen something other than this nasally one I’m currently rockin’. Instead, I’d much rather sound like Marissa Paternoster. I know what you’re probably thinking, “WHO THE HELL IS THAT?”

Like most folks living in this century, you probably associate this song with the early 2000s television series “Weeds”. The opening credits for the show were set to this track, and each episode featured a different musician covering the song.

This song isn’t overly complicated nor is it overly angstyInstead, it’s a catchy tune that lightheartedly mocks the unwanted attention that pretty girls in male-dominated industries have to face. Sure, being a pretty girl has its advantages but sometimes it can also feel like a curse.

This song reminds me of an awesome sign I saw at the Women’s Day March a few months ago. “We are the granddaughters of the witches you couldn’t burn.”

I know what you’re thinking.

“How cliche. The first song she picks is by Fiona Apple? What is she? Some kind of angsty, male-bashing feminist?”

I first heard this song yesterday as I was running through Hasenheide, a huge park by my house. I had already been running (ok, you got me, jogging) for a solid 15 minutes and therefore reaching my tap out point. And then, like a gift from the gods, this magical song started pumping into my ears like a seductive siren, causing me to tap into a dormant energy source I wasn’t even aware existed