As a DJ I find myself constantly on the hunt for good underground dance music. Doing so is often difficult, as many people seem to not know what the true definition of the underground style actually is. Techno can still sound very commercial especially as the sound grows and becomes more popular. I continue my hunt weekly for new artists who are really creating cutting edge music.

A few years ago I happened to stumble across the music of Evigt Mörker a techno producer based in Sweden. I instantly fell in love as soon as I heard his music, one thing that is important for me is that the music really takes me on a journey and gets my imagination running wild. Evigt’s music does just that, he has a techno sound like no other, the music sweeps you away into another world that is full of color and beautiful melodies.

Women in techno are a hot topic at the moment within a scene that for years has been dominated by men. One thing that still remains true as more and more women join the ranks that blatant misogyny becomes more vocal.

Currently I’ve been putting a lot of focus on the 90s in the playlist because I feel it was really such an important time for the underground sound. Not only was it when I personally got into the music, it was also a time where Europe really helped to propel it into the limelight.

This week I decided I wanted to dig a little deeper into some of the great techno classics from the earlier days of techno. Immediately Joey Beltram came to mind, one of the early heroes of techno, his most famous track “Energy Flash” continues to be a staple in many DJ sets today. 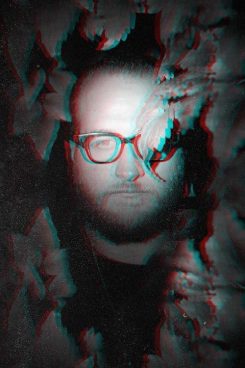 Musically inclined at a young age, Matthew would play many instruments and perform in musical theatre until he became a teenager. It was during these years that he discovered techno music from attending his first rave parties. These fated events would start a chain reaction love affair that has continued now for 18 years. Finding an immediate passion as a DJ his musical persona James Demon was born. While navigating through the house and techno scene worldwide he would eventually relocate to Berlin and launch his record label Occultists. The record label features mystical electronic music with an esoteric and occult flair.