Home » Where To Start With Playlists

Stay — Where to Start With Jodeci

Listen on your favourite platform

I always had a fondness for them, but winter 2016 I got an MP3 player and that changed my life.

The first thing I wanted to do was put old songs on it, ones I heard on the radio and couldn’t hear regularly. The first song I downloaded was Jodeci’s “Stay”. A love ballad that starts off with

Devante saying, “Don’t talk, just listen”. It was the perfect statement of their edge, as they were ready to conquer the world and all we had to do was shut up and listen to history. I went to my room and laid on my bed as I hit play on the record. It was the first time music felt like an experience, with me being lost in the music, being engulfed in every harmony that K-Ci and JoJo provided. They were the true singers of the group, while Devante laced the sound, and Mr. Dalvin on back-up vocals.

From then I studied them like I had to do a paper on them. Googling Jodeci and Devante Swing specifically to find old interviews and songs that I could discover like it was new. It was the first time I felt in my heart: Maybe I should do music for a living. I felt convicted as my admiration grew that I should give it a try. My music never lived up to the Jodeci sound, and it never had to; they were a talent unmatched.

It can be argued they were the biggest shift in pop culture since seeing the Beatles for the first time, with how they changed the way R&B groups looked. In a time where every group wore suits, they came ready for the world in baggy jeans, jerseys, and snapbacks. They were the first R&B group that carried the same rep as a rapper: they were talented, and all the girls liked them, and they very well may be able to kick my a$$. To work on this collaborative playlist is truly an honor, and a lifelong dream come true to do work on such an influential piece of my life.

We have 15 tracks of some of their greatest cuts, and a special thank you to Matt for bringing us

How can you be hard and soft at the same time? Devante starts by barking orders: Don’t talk, just listen. Excuse me? They must’ve gotten the hint, cause the tone is immediately switched to I’m sorry i left you, baby. The song for gangstas in the streets and beggars in the sheets.

When you ask someone what they’re going to do about something and their response is, “I don’t know. But I’ll cry”, it doesn’t elicit the highest level of confidence. But that’s exactly what K-Ci tells his love interest. These dudes have it ALL figured out, cause apparently it works. Even when they say “I don’t know what I’m saying”. Is insecurity sexy? God bless them. Incredible song, despite or because of the crying. I’m not sure.

The special thing about this record, it gave people their first glimpse of hearing Jodeci’s ballads. Their first single was an uptempo New Jack Swing inspired song called “Gotta Love”. It was a moderate hit, but it left the group needing a hit to keep going. This song was that hit. A record with smooth sounds that gave the group a certain maturity with the opening line being So you’re having my baby. A debated line amongst the group, as they didn’t want to come across too old, but a line dedicated to Al B Sure’s girlfriend at the time, Kim Porter. The line went over well and it was a bonafide hit.

If you’re only familiar with the video version of this song, which gives it more of a hip hop flavor, you’re in for a real treat on the album version. A ballad that they sing with so much intensity you feel like they’re trying to save a life. That quality to their early work is what resonated so much, as you hear these North Carolina natives giving the music all they’ve got, shooting for greatness with every note and harmony.

If you haven’t figured it out yet, of the four man group, only brothers K-Ci and JoJo do the real singing. This live recording of them covering Stevie Wonder’s classic, “Lately” showcases their vocal talents at their height. They play off each other like they’re…brothers? Embarrassing honesty moment: I may or may not have belted out this duet with my college roommate in the dorm showers. I was JoJo. Great acoustics in those places.

The first six songs of their debut album Forever My Lady are all ballads, damn good ones too if I may add. This is the first song where the album takes a turn and picks up tempo. The production is packed with a sneaky funky bassline that helps push the song forward, while K-Ci takes over in the verses with so much soul you feel the music in your heart, while enjoying the rhythm of the music.

I DON’T WANT TO DO ANYTHING

When Mary J. Blige and K-Ci were announced as a couple, it was the Jay-Z/Beyonce for hip hop heads in the 90’s. You can Google how that relationship ended, but let’s just say K-Ci did a bit more than loving her, as he claims in this track off Mary’s classic debut album, What’s The 411? So, while this isn’t a Jodeci branded song, it’s got Jodeci’s fingerprints all over it, including the production from Devante Swing. A worthy addition to their catalog.

“Take my money, my house and my cars.” No wonder they were such a hit with the ladies. Talk about a Sugar Daddy. These dudes were FEENIN’. Is that really a desirable trait women look for? Someone that “can’t leave you alone”? This track single handedly confused courting activities for the next 10 years. That dude from the Netflix show “You” owes his career to this song.

The fourth song on their sophomore album Diary of A Mad Band. This album moved to a more hip hop sound, but songs like these still kept some of the magic of their early ballads. The production is smooth and has an underlying funk feel that shines on this project. It’s also a nice track because you get to hear JoJo take lead on the song, with his smooth vocals gliding over on this cool bop.

This is one Jodeci record I enjoy more with time. Reading up on the back story it was Devante Swing’s record to show just how funky he can get, and he gets very funky. I mean just plain filthy. The music has a knock to it with major flavor being all in the sound, while you get to hear K-Ci understanding the assignment and delivering peak funk to his style. A sleeper element of the record is you get to hear a young Missy Elliot on the record who was a part of Devante’s label, Swing Mobb, a collective of artists who are now legends: Timbaland, Missy Elliot, Tweet, Ginuwine, and Static Major.

THUG N U THUG N ME

One of the most natural pairings between R&B and rap was 2Pac and K-Ci & JoJo. This is one of two examples on the playlist, and the lesser known. Integrating romance and thug life was a delicate balance, certainly not something you’d hear on The Quiet Storm. No, this storm woke up the neighbors. But those Jodeci harmonies…

HOW DO U WANT IT

I guess it’s nice to be asked how you want it. The 2nd 2Pac/K-Ci & JoJo collab on this playlist, but essential listening as it explores another side of the trio. In fact, the original vocals were sung by Pac himself! A man with a finely tuned ear, he quickly conceded his version was trash and called up Devante to bring his boys in to clean it up. The result? One of 2Pac’s most popular songs, #1 on the Billboard Hot 100 and can still be heard in clubs across the world.

A song off their third album The Show, The After Party, The Hotel; you hear the West Coast influence on this record. Their playboy persona started to bleed more into the music and it shines in songs like this, with a sound that is best described as “player”. You ever get a rap

verse from Devante, who up to this point in albums only did background vocals and spoken

word intros. The perfect song to enjoy a sunny day full of vibes and cool.

Another release of their third album, it’s a record that is smooth with guitar strums mellowing the sound and K-Ci carrying the verses to their rightful destination. This record also has one of my favorite Jodeci fun facts. When you hear a voice that sounds like JoJo, it’s actually a member of the group Playa doing his part because JoJo missed the studio session. The perfect fun fact for this mad band.

After Jodeci’s The Show, The After Party, The Hotel album released in 1995, the group took a 20 year hiatus. At the 2015 Soul Train Awards, Jodeci did a performance of some of their greatest hits, sounding just like they did when they first released. After their performance they announced new music their fans have been due for. The resulting album, The Past, The Present, The Future soon released, and some songs still carried the magic of the Jodeci sound, with this one being a shining example that they still had it.

« Hootie Hoo Where to Start With Brooks » 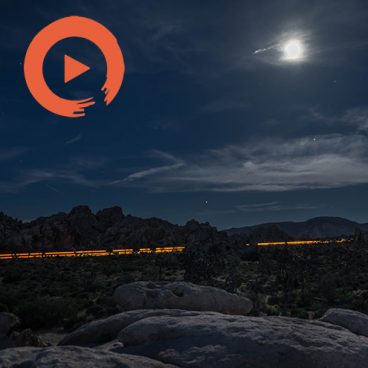 Where to Start with Gladys Knight

Gladys is known as the Empress of Soul, sitting on the throne only deserved for legends of music, spanning seven decades of rhythm and blues, soul, jazz, funk, disco, boogie and pop 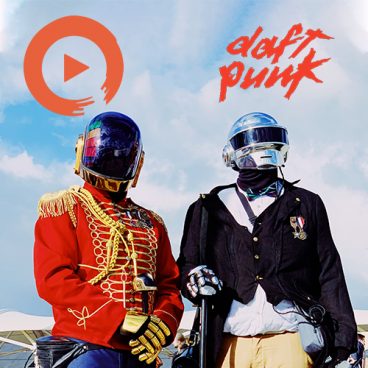 Where To Start With Daft Punk – When Robots Collide

If you’re not entirely familiar with what DP has to offer (other than their top played tracks) then this playlist is for you, so prepare to get punked. 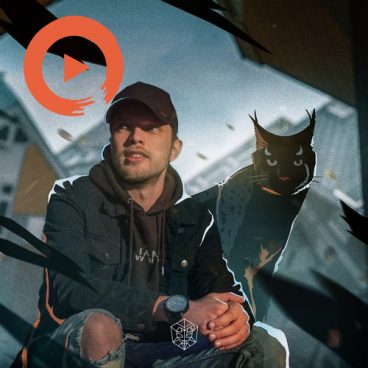 Where to Start With Brooks

Welcome to the fountain of Brooks, which spews legendary synths to quench our never-ending thirst for high-quality music.