In this post, Jared shares ‘five tips for how to start and improve your live stream as a musician. Lately, it’s become very important for musicians to live stream, but how can you make your stream stand out?’

You find a lot of different characters in the music business. There’s no shortage of try-hards and dreamers, trying to ‘make it big’ for reasons only their own ego understands. It’s always refreshing then to chance upon someone who is here for the right reasons—for the love of the craft, for the desire to create beautiful art.

Kristen Olsson is one such person. From writing songs on Martha’s Vineyard to singing jazz in New Orleans, it’s clear that for her, music isn’t a vain pursuit of followers or streams. For her, music is a way of life. It’s who she is.

It’s all about identity.

Andrew, founder of musicto.com talks with Aili and Jimmy from Washington state based First the Winter about Identity.

Christian: I think the EP came simply because I had a decent amount of songs on my hard drive that I liked. I try to listen to a lot of different genres and I want my music to reflect my listening habits. I’ll really take from anything that inspires me, so my process usually leaves me with a wide variety of songs and styles. I would feel a bit like I’m betraying my style if I only released one song; that’s just not how I think, and it wouldn’t be an accurate depiction of who I am as a musician… 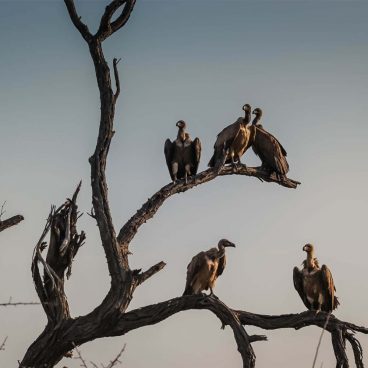 We live in a truly unique time to be musicians. The internet has so dramatically altered the landscape that those who dominated the horizon as recently as a decade ago barely recognise it anymore. I cut my teeth on the music scene back when the social utility of the internet was barely more than a few MySpace pages and MSN screen names, and it was common knowledge that the only way to ‘make it’ in this business was to land a major record deal. To put it simply, it was the kind of pursuit that was regarded as little more than an airy pipe dream, and to believe otherwise was to be very foolish indeed…

Recently Sam from the music to Make You Wobble playlist had the chance to chat with fellow Producer and MC Jakebbob about his current release: Wold Whistle Dub:

Sam: (about wolf whistle) What made you revisit the track you originally released on Southpoint as an instrumental with the new vocal structure?..

Would you introduce yourself to our audience?

Where do you live and what do you currently do for a living?

I’m always traveling for a few months, right now I am in Argentina. I work with other bands in the studio, Live shows and Dj sets.

Interview With Blake Byrd of FLOCK – Date Or Dance

Last week I had the pleasure of catching up with Blake Byrd from the band FLOCK. Their new single “Date or Dance” is already out streaming on Spotify – if you’re up for some high energy pop with a feel good groove that’ll take you back to your High School Prom (or even to your forthcoming engagement!) – you gotta check it out – it’s a blast.

As a music curator, I’m sent a lot of music. But every so often, I’m hit with something that completely stops me in my tracks. Dutch producer SWACQ’s remix of ‘Faded Away‘ by Sweater Beats & Icona Pop is well and truly Music to Save the World! to (you can read about why here,) and had rightly been our featured track for the month of October.

With a catalogue that spans a huge range of styles and includes collaborations with the likes of Tiësto, Nicky Romero and Justin Mylo – not to mention the frequent spins on the iconic Hardwell on Air collections – SWACQ is clearly a force to be reckoned with in the world of electronic music…

Putting the Heart Back into Music – An Interview with Frank Iengo

When ‘Blackout’ first landed in my inbox, I was absolutely taken aback by its sheer atmospheric depth, sonic unpredictability and masterful production quality. There was no doubt that I needed to meet the mind behind the music, Pynk64 – aka Frank Iengo. Frank has been active in the music industry for almost two decades, and in that time his musical dealings have spanned house, chillout, pop, hip hop, R&B, soundtracks and movie scores and, in his own words, ‘anything else that inspires me’. Frank has been involved in numerous projects during his artistic tenure, including Surfers, Aguadulce, Nevrotype, Dynamicode, Relaxingvibe, and of course, Pynk64…

Last week I had the pleasure of once again chatting with UK Producer Matt Jenko about his new release, Himalaya.  This is the second track released through the new Music to label and we’re super stoked to have Matt on board.

Himalaya was purpose written for Matt’s own playlist – Music to Save The World and is a natural progression from his first track – Clarity.

“To whoever is reading this, I implore you to look for music that goes beyond what is mainstream. Find artists who are really making things because they’re passionate about the music and the creation process, not because they want clout or money or whatever. There are so many amazing artists out there that are struggling to make ends meet because the big blogs or labels aren’t giving them a chance because they’re not a surefire money maker like these trashy money-machine artists…

And here we are with the artist of this week. The guy who brought us a new anthem to sing with “God Gave Rock and Roll”, but making it clear in half the time. Nothing against Argent, but is a good point when the message can be sent a bit shorter…

This week’s Music Curator chat is with Tommi from the Music to Celebrate Life playlist. It’s another wide ranging discussion looking at the problems associated with territory restrictions in the digital age – the challenge of how to listen to all the music that’s being submitted to a great chat on the nature of song writing and what makes a great lyric – it’s great stuff – thanks Tommi!

Talking to musicians, even only via email, is such a treat, especially when they can offer pleasant things such as humor and real insight. Van Tastik, an American expat living in Europe, offered just that in our brief conversation on the internet. I’ve selected his song “Drag Me to Hell” for the Music to Conquer Mountains playlist (link to song here please). Because the song is just so damn interesting, Spotify even selected him for its Delta Blues Playlist. I wanted to talk to Van Tastik about all that – his songwriting, being an expat and the power of streaming. Check it out!

Shooting Questions At The Messenger – An Interview With Apostle

Apostle is a new rising talent from London, England, whose debut single “Dakota Thunder Rising” came out right before Christmas. It’s a brilliant pop song with a very thought-provoking and poetic lyric – one of those songs that stay with you even after you’ve taken your headphones off and gone to bed.

Impressed by the songwriting talent of this young man, I asked for an interview and was granted one. I was excited. This was a wonderful opportunity for me to learn more about Apostle and more importantly, spread the word about him and his music. And no, the irony of becoming a messenger of the messenger (the definition of the word “apostle”) did not escape me.

An Interview With Nigel Powell By Julia Maehner

Nigel Powell is a pretty sincere man. Although I only got to interview him via email, his answers ring with a clarity and honesty that’s pretty damn impressive. His portfolio is pretty impressive, also. He’s been a part of Frank Turner’s touring band The Sleeping Souls for ever now and working on several projects on when he’s not on the road. The Sad Song Co. is the one project where he’s most himself and doesn’t depend on the vision of others. Powell’s new record Worth is due February 9, 2018. It’s a collection of songs that flow seamlessly into one another, in spite of the impressive eclectic songwriting style he displays. While a solemn prog rock vibe is the thread holding them together, Powell plays with whimsical pop arrangements, minimal synthesizer rhythms and sweeping guitar solos to craft his intricate music.

Q: You use a lot of spiritual imagery in your lyrics. How does religion influence your songwriting?

An Interview With Year of October by Rodrigo Medrano

Welcome Again to this section where bands/artists that submitted their song, have a little interview to more about them and make their week more informative apart from the awesome videos.

I normally try to introduce the band giving some info about them, but with these questions we have plenty data of the to be introduced, know them better and love them. So, let’s start with the interview.

An Interview With Dylan Dunlap by Rodrigo Medrano

Dylan Dunlap released his new EP “Feels Right at Home” almost two months ago. His past EPs and Album shows all the potential of this 21 year old multi-instrumentalist, but more importantly they show his way of singing about life and his way of verbalising himself to the world. This is why I think he’s a perfect example of the idea of Music To Open Another Door.