Songs to Summon the Guardian Angel

Guardian angels or tutelary spirits (from which we also derive 'tutor') are pervasive in the classical world. In the clockwork universe where God(s) and astrology determined one's ultimate fate despite the wiggleroom of free will, the purpose of the guardian was to protect one from straying too far from Heaven's will and consequently spoiling their true potential (magnum opus). Thus, developing a familiarity with one's angel was arguably the original form of what we now call "self-knowledge" or "self-discovery."

While we have replaced or merely renamed this desire with secular self-help, psychology, and even the gap or sabbatical year to "find one's self", one suspects that its inner architecture remains intact. Everyone continues to search for--or regrets that they have given up on--a perfect familiarity with their own soul which would fill their days with meaning. This playlist pays homage to this mysterious longing by drawing from the transcendent highs and abyssmal lows of melodic metal songs. The presence and absence of the angel, not unlike joy itself, proceeds towards and recedes from the listener like a tide. Its heavenly nearness is the aural blast of djent and sweep-picked arpeggios layered over choirs; its hellish distance is the beastly lamentation in which the genre stereotypically specializes.

If you would like to know more about the curator of this playlist, feel free to consult his interview by musicto's very own Matt Jenko on the topic of song lyrics as a form of literature (coming soon). If you'd like to contact him for complimentary consultation on, or even professional ghostwriting of lyrics, he can be reached through christopherleewinn.com.

about the author — Christopher Winn

Christopher began writing at nine years old when he won a Mutual of Omaha essay contest for his home state. After majoring in English with honors, he was the editor of several books including Peter Hoheisel's "Relationship Determines Decision" (Royal Dragonfly award). He offers clients numerous Literary Solutions™, including editing, copywriting, & ghostwriting.

Music to Summon the Guardian Angel Playlist by Christopher Winn 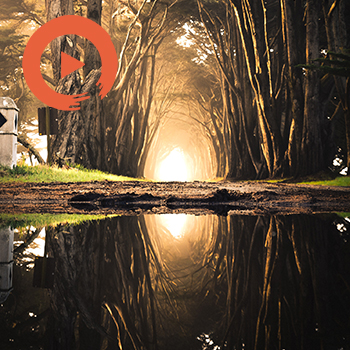 Music which inspired us to write our own songs

This playlist is a tribute to the natural world; a reflective homage to the peace and beauty that surrounds us all. This is music to help you connect and reflect, to calm the noise of the mind and listen to the sound of our own being. Featuring artists like: Jason Barty • TPR • Robot Koch • Anna Yarbrough • Emancipator • Andy McKee • Tommy Guerrero • Lane 8