Matriarch — a playlist by Mary Jennings

So often women in the music, and many other entertainment, industries have fear in sharing their desires and plans to build a family. I know I did. The worry is that they will be seen as soft, old, out of touch or "moms" and no longer the rockstars they are.

This playlist is filled with women that have proven that stereotype wrong. In fact, they have squashed it, showing that to be a mother is to be a matriarch. This playlist is to celebrate all of those powerhouse females, both indie and major label, who have allowed motherhood to empower them, not completely ruin their personal creative realm.

Come to my website to join the newsletter, get updates, listen to more tunes and stay in touch!

about the artist — Mary Jennings

It takes a lot of life experience to craft engaging, universal song lyrics—and singer, songwriter and musician Mary Jennings has had more than a lion’s share. How’s this for a start: stops as a teacher, aerobics instructor, clothing retailer, bartender, luggage saleswoman, paranormal researcher and now mother. Add to that the early loss of her mom , and there are plenty of stories to share.

Jennings states that music has kept her sane. Not surprisingly, her songs often possess a modicum of sadness and darkness, about which she says, “I share these emotions with others because I know so many have felt the same things. If I can create melodies and deliver words that express their feelings, I’ve done my job.”

“When people ask me why I’m a musician, I tell them that it’s largely because music is my therapy,” she says. “That entire notion really began with the death of my mom. My dad offered to help me record an album shortly after her death, and the experience of writing about what I was going through at the time went a long way towards helping me cope.”

While the music alone makes Mary Jennings an artist that fans can easily relate to, her somewhat quirky personality and a diverse range of interests have also gone a long way towards building a bond with her fan base. An avid horror movie fan, she has more than 400 fright flicks in her own private collection and openly admits that being scared and thrilled is probably her biggest geek factor.

Her love for thrifting and secondhand clothing, something she learned from her mother, is a major influence on her vintage style and the inspiration behind the enormously popular clothing swap shows that she has hosted in a number of U.S. cities. Mary has turned her unique style, love of thrifting, and drive to create No Sass Creations, through which she makes and sells bolo ties and other up-cycled accessories. However, the most important aspect of her life is her daughter, Eliza, who is a huge inspiration in her new release, “Matriarch.”

“I don’t want my fans thinking of me as just another musician asking them to come to shows or buy music,” she remarks. “It’s more important, and fun, to engage with them and shine a little light on my hobbies and personal life because at the end of the day, I’m really not much different from any of them.”

Mary’s strong work ethic and commitment to her craft has paid off handsomely in recent years. A Casio-sponsored artist, she was featured in an online advertising campaign for the company’s new line of keyboards in 2011 and her song “The Darkness” was placed in the Lionsgate motion picture "Devil Seed" (ironically, a horror film). Several of her songs have been featured during the final dances on Lifetime’s tv show “Dance Moms.” Since then, she has had more placements on a WWE documentary, “Roadtrip Nation,” The Jim Jeffries Show and many other shows, trailers, and movies.

Mary has organized a number of extensive tours as well, opening for artists such as Jeffrey Gaines, Mike Doughty, Teddy Geiger, Ryan Cabrera, and Rachel Yamagata, and she has appeared at several major festivals including CMJ and South by Southwest. She often treats fans to a unique stage set-up when performing on her own, prominently featuring a loop pedal that she uses to effortlessly layer rhythmic beats and beautiful background harmonies over her unmistakably unique piano playing and vocals.

Whether you experience Mary Jennings on stage or on one of the handful of albums she has released, you’re witnessing a very special artist who has confidently found her voice over the course of a long journey. 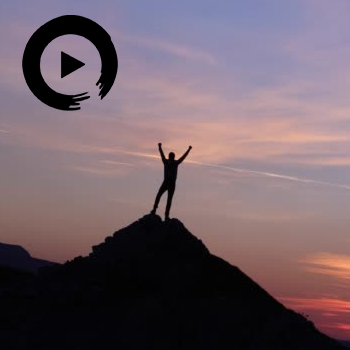 Songs for Finding Your Personal Identity

A playlist to listen to artists who have searched for their own identity as you search for yours, featuring artists like: Lady Gaga, Kesha, Fleetwood Mac, The Beatles, David Bowie, Madonna, Frank Sinatra, Elton John 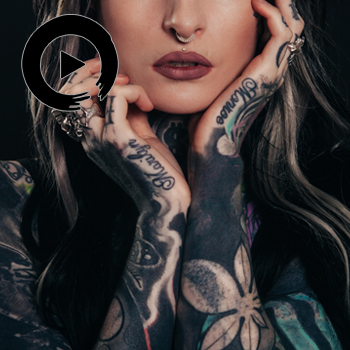 Rebel Girl With A Cause 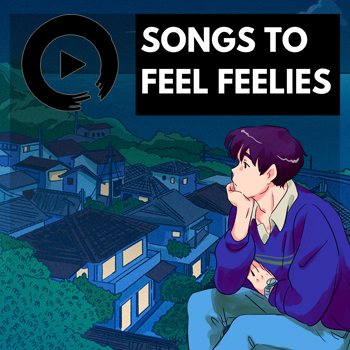 Heartbreaking melancholy experienced when reflecting back on moments in time that cannot be recaptured, featuring artists like: CHVCHES, M83, The Midnight, The Naked & Famous, Cocteau Twins, The 1975, Washed Out, The Postal Service