This is one of those tracks that you’d put on repeat and listen until your soul gets fulfilled by emotions.

Its power is all in the simplicity of the chords and of the arpeggios. The warm sound relieves any kind of stress and helps you to clear up your mind.

Would be the perfect track too for the Music to Write An Essay To playlist.  (In fact it did make the list last week - check out Andrew's write-up here)

Born in Neath, South Wales in 1981, Richard began playing the piano in 1993. From 1996-2000 he studied with Miss Mary Rees (formerly Head of Piano at the Royal Welsh College of Music and Drama), furthering his studies in 2000 at the Royal College of Music, London, studying piano with the late Yonty Solomon and composition with Edwin Roxburgh and Kenneth Hesketh. He graduated from the RCM in July 2004.

He has made many television appearances and has worked with a wide variety of performers, including Max Bygraves, Isla St. Clair, Sir Willard White, Geri Halliwell, Connie Fisher, John Owen Jones and Rhydian Roberts.

You can learn more about Richard P John here:

About the Curator - Igor Longhi

Igor Longhi, Italian piano and soundtracks composer. From the experiences at the Conservatory through the publication of 4 albums and international live experience with his reggae band (Makako Jump), Igor composes his music by capitalizing on his musical influences, resulting from great masters such as Einaudi, Yiruma, Tiersen, and making of classicism and minimalism its flag.

Do you ever grin when you listen to music?  No seriously – when you’re on your own and nobody’s looking and you don’t need to present the mask that the world seems to need – do you ever just joyfully let your face contort and unashamedly express how music makes you feel?

Wayne Wilkins is not only a sought after record producer, songwriter, and musician. 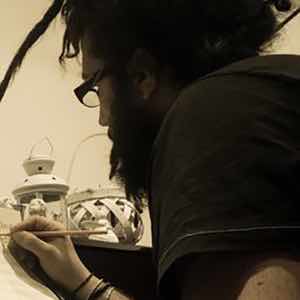 Igor Longhi, Italian piano and soundtracks composer, life enthusiast. After the publication of 4 albums and international live experience with his reggae band (Makako Jump) from 2002 to 2015, Igor got back to his classical origins by capitalizing on his musical influences, resulting from great masters such as Einaudi, Yiruma, Tiersen, and drawing with classicism and minimalism piano its flag. (Piano) music is simply his life. www.igorlonghi.com www.facebook.com/igorlonghipiano www.twitter.com/igor_longhi