Home » Archived Playlists » Come Down To

There's something about metronomic repetition that just conveys the idea of "Come on - let's go..."  The opening of the track sounds as though it's written in 2/4 time - the classic marching beat - and that was intentional - the entire first minute is designed to have you thinking about getting started - getting moving - getting to flow.

Have you ever just sat and watched someone work?  Like, kept completely still so that they hardly notice that you're there and just totally immerse yourself in observing what they're doing?  I know it sounds weird but it's actually kind of cool - you can fall into a trance state - particularly if they themselves are in a state of flow.  this track comes from that place.

While I never really played it myself - I was and still am a huge fan of the video game Minecraft. Our youngest bought the original beta and has been playing it ever since.  To me it's the whole world building thing but with real physics - it's been amazing to watch the kind of things people are able to build.  And while there's some action and you get to kill a creeper or two - the main joy that I perceive to be elicited from the game is the satisfaction of creation.  Which is so freakin' cool and particularly relevant to writers.

We created this track by setting up the piano behind Jake while he was world building in Minecraft.  I just sat and watched him play - watched his hands move and observed what was forming on the screen.  Eventually I just started playing what came into my head - the opening left hand is me letting myself know that we're about to start and finding a rhythm with Jake's playing - the rest is a pure reflection of what he built.

The cool thing was that after the piano track was completed - we stopped and played it back in the room - this time he was building to the track that was created from his original behavior - and now that product was modifying his new behavior - pretty gnarly huh!  Oh and while that was happening I added the string tracks.

It was a bloody good creative session - if you're looking for something to bring a little energy and creativity to your writing - take this out for a spin.

You can learn more about music2work2 here:

About the Curator: Andrew McCluskey

The first visual memory I have is that of the white upright piano in Singapore, Hell and the dark forces lived at the bottom, Heaven and the Angels at the top. They would play battles through my fingers and I was hooked.

Although I've always played, I haven't always been a musician.  Most of my twenties were spent working with people, buying and selling and learning how the world works.  It was in my thirties that I came to America and focused on music and began to develop music2work2.

As part of our role as curators we get a variety of submissions from people wanting their tracks on our playlists and it takes something special to pique my interest for the come down. I was excited to hear this track come through from Katy Forkings, a song about the creative process, which frankly is written enough about.

I first came across Samantha Whates when she performed as a backup singer for Jess Bryant at the union chapel when I played there many moons go. I was intrigued by her voice and decided to check out her own material and this track ‘Black & Blue’ stood out for me with its lush guitar part, a bit of glockenspiel and strings, you know I love those strings.

The Fear – The Shins

My latest post-gig come down happened at a festival when my band finished playing I ran over to the main stage at Greenman to catch the last part of the set by The Shins. James Mercer introduced the song and suddenly I was transported to such a calming place with such an incredible string line and gorgeous melodies built up around it… 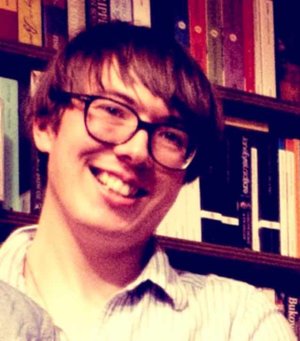 Sam Murray is a liability when it come to music, he harbours a secret passion for cheese but most of all actually believe the Eurovision Song Contest has good songs, and that if he played them to you without knowing it was from the contest, you would love it too! It is said if you cut Sam open out will fall a punch card for a music box and a drum for a heart powered by every step he takes. He is a professional clarinetist and plays in several bands in a variety of style. He also holds a Masters Degree in Popular Music, so you would hope he knows his stuff, and is currently working towards a Popular Music PhD exploring the music scene in Portland Oregon. Sam holds three fundamental truths in life: •Everyone can make music •Music is best made when answering questions and solving problems •There is no such thing as a ‘guilty pleasure’, own your dark music secrets!!