Apostle is a new rising talent from London, England, whose debut single "Dakota Thunder Rising" came out right before Christmas. It's a brilliant pop song with a very thought-provoking and poetic lyric – one of those songs that stay with you even after you've taken your headphones off and gone to bed.

Impressed by the songwriting talent of this young man, I asked for an interview and was granted one. I was excited. This was a wonderful opportunity for me to learn more about Apostle and more importantly, spread the word about him and his music. And no, the irony of becoming a messenger of the messenger (the definition of the word "apostle") did not escape me.

Q: How did you become interested in music and why did you start playing the guitar and writing songs?

A: I can remember feeling moved by certain songs as a child from a very early age. I remember hearing “House of the Rising Sun” on a long car journey to West Wales to visit family. I must have been about four or five, and it left such an impression that I get transported back to that five-year-old in the car with my parents and siblings whenever I hear it. Not long after that I saw the iconic guitar-playing scene in Back to the Future and that sealed the deal! My Dad also plays, so there were always guitars lying around the house when I was growing up.

Q: Were your parents musical?

A: Yeah, very much so. My Dad was doing the whole London Folk scene in the 1960s and to this day, they regularly perform with a highly respected choir led by brother-in-law, musician and composer, Eilir Owen-Griffiths.

Q: Who are your biggest influences?

A: I love B-movie soundtracks that add a particular kind of atmosphere. I’m a big fan of John Carpenter soundscapes and lo-fi Moog synthesizers as well, so I combine that with my love of singer-songwriter composition and alternative rock to hopefully create something that’s unique to me.

Q: You say you are into movie soundtracks, what is your favorite movie and why?

A: There’s a ton. Why? In short, it’s because I find them moving. Not all of them influence my music but to name a few that do: “Blade Runner,” “Return Of The Living Dead Part 2,” “The Terminator,” “Escape from New York,” “They Live,” “Darkman,” “Frank” etc. I also like to incorporate video game effects and glitches purely because it sounds cool to me!

Q: How did you come to work with Dan Brown?

A: The meeting between Dan and I was set up by the music publishing company that I am signed to, Bucks/Bdi Music. They’ve been fantastically supportive of me from day one and so I jumped at the opportunity to work with Dan. He has an infectious enthusiasm and very likeable demeanor – as well as being a masterful producer and musician.

Q: Do you feel like you’ve found your definite sound with ”Dakota Thunder Rising?”

A: I think honing your own sound should always be an ongoing revision that I hope will continue to evolve. Dan understood the brief I had in mind from the get-go and it makes a huge difference when there’s a clear understanding between everyone involved. I love how the track turned out and I’m even more excited to see how future singles with Dan at the desk will sound.

Q: Tell us about the lyrics of “Dakota Thunder Rising.”

A: The song is intended as a mantra to myself or anyone who needs to feel more courageous at any given point in their lives. Lyrically, I’m using Dakota weather, a majestic and powerful climate that generates super-cell storms, as a metaphor to describe my own building confidence and conviction. In life, we all get worried and anxious sometimes and occasionally, all you can do is remind yourself of your potential. That’s what this song means to me and that’s how it was intended…

Q: You are British, yet you are using American imagery such as "Dakota thunder" and the "Mayflower." How did that come about?

A: Yeah, I’m British – Welsh to be more precise. I was born and raised in Cardiff and I’m now based in East London. I try and keep my work lyrically diverse and take influence from many different interests of mine. This particular song is all about empowerment and so I’ve used the majestic American weather as a metaphor for building confidence, like I said before, its a mantra for me – that’s how it was intended and hopefully it might be for some other people too.

Q: Your esoteric writing resonates with me a lot. Who do you look up to lyrically?

A: Esoteric? Yeah, I suppose you might refer to it as that, although it makes sense to me and I’ve only ever aimed to write the kind of music that I enjoy. If other people like it that’s great but I’ve always viewed songwriting as a cathartic exercise almost like a musical yoga - without meaning to sound pretentious! Charles Bukowski has always had a major influence on me. It was a bit of a game changer when I came across his stuff. To this day, he’s written some of my all time favorite poetry.

Q: Any other favorite poets or authors?

A: An author that’s definitely struck a chord with me many times in terms of his crazy ability to articulate every grotesque detail is Chuck Palahniuk. He’s written “Fight Club” and “Choke” to name a few but when I read “Haunted” - it stayed with me for a while! Going back to poets, this may be a bit of an obvious choice but for a good reason. The Welsh poet Dylan Thomas continues to influence my lyrical content in some shape or another, good lad!

Q: What’s the coolest memory you have of recording ”Dakota Thunder Rising?”

A: Finding the right combination of notes played on Dan’s Moog synthesizer. The part comes in during the second round of the pre-chorus and I remember involuntarily laughing like a kid because it was exactly what I was after.

Q: When will you release your next single?

A: In the coming months – at a guess, I’d estimate March or April.

Q: Tell us a little about shooting the music video for ”Dakota Thunder Rising.”

A: The video was shot by my good mate Alex Priestley. I love his work, so it was a no-brainer when it came time to shoot a video. We shot the majority of it on DV (digital video) cameras to give it a dated feel and we filmed mainly around London and Cardiff where I’m from.

Q: Why do you call yourself "Apostle?" What's the story behind that?

A: Honestly, I like the way it sounds. There are no religious connotations. I’ve never had any interest in that. I use it in its alternate meaning, messenger, and I like the imagery that it brings to mind. The messages are the songs.

Q: Nobody seems to buy physical records anymore. It's all downloads and streaming with the likes of Spotify or Apple Music. How do you find this digital age in music?

A: Depressing! It’s made being a musician one of the hardest careers to progress in. When I was a kid, I’d save up for CDs and stare at the album sleeve and study the lyrics and it had a real magic to it. Everything feels more disposable now, which is a real shame – although it’s great how accessible everything has become.

Q: How many guitars do you have? And what brand are they?

A: I need to downsize! I have 26 guitars. Some are at my house and most are at my parents’ house back home, much to their discontent! I get very sentimental. It’s probably a pretty common trait in songwriters but I’ve always struggled to declutter. There’s also a couple of beauties in there. I landed a sponsorship with Stonebridge acoustics a while back so I have a few of their gorgeous guitars, but my current favorite is a 1966 Fender Coronado 2. If she were a president, she’d be Babraham Lincoln.

Q: Where do you see yourself five years from now?

A: In five year’s I imagine I’ll be striving for more musically and artistically. There may even be a few APOSTLE albums under my belt, watch this space.

You can listen to Apostle's track Dakota Thunder Rising here

You can learn more about Apostle here: 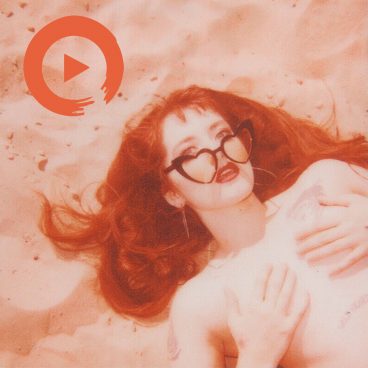