The aim of Musicto is to bring people together via music and what better way to do this than combine all the musical knowledge of the Musicto family in a collaborative playlist to connect us to our readers and listeners, that is exactly what we did last month with the first playlist called ‘Music to Connect To’ curated by Aarushi Aggarwal of ‘Music to Be Alive To’.

This month it’s the turn of yours truly and with my list ‘Shake a Hoof’ being a slang term, meaning to dance, as in “I could shake a hoof to that” only one place we can go ‘Music to Dance to’

So how this works, each Musicto member is asked to anonymously send in a track on the theme of the playlist name, I then decide what I want to add and how to position them in the list, now Aarushi decided to add every track received, I’ve gone in a different direction and selecting tracks by how I wanted to make the list sound, changing tracks and swapping some out completely by using the submission as inspiration for something else, some with very tenuous links but I think I created something interesting with what was sent to me, anyway on with the music..

First up on the list is a piece of 80’s classic soul music from Shalamar A Night to Remember yes it’s a great track on its own, but I knew of an M&M mix from 1986 and for a dance list, why not give a nod to one of dance music cultures pioneers and many say creator of the dance remix back in the lates 70’s by splicing tape together to extend his favourite songs, the legend that is ‘John Morales’.

From one legend to another and Mick Jagger with Sweet Thing bringing the hip hop vibes from Def Jam creator, Beastie Boys and Run DMC producer Rick Rubin, now is a good time to scroll down the page and press play on playlist as you read through this.

Next up a dreamy cosmic funk type sound with a sweet 80’s bassline from Portland USA producer Dux, a self released track from 2019 called FnkyJoy honesty not someone I’d heard of and loved the track, always great to be introduced to a new artist. More electronic sounds, this time from Emil Rottmayer, a UK based producer, a piece of music I find hard to pigeon hole into a genre, not that you should need to, still felt the need to google him, sounds like a downbeat techno record to me but apparently this is synthwave, should have been a clue in the track name W.A.V.E a bonus track from 2018 LP ‘Descend’

Thanks to the submitter who shared Khruangbin Time (You and I) a big fan of this group but missed this release back in April, a band certainly with it’s own distinct sound, sort of mix between jazz and indie and seem to pull in fans from a large cross section of audience because of this.

Onto another producer that the submitter (whoever you are) and me have in common is Nicolas Jaar, under the pseudonym Against all Logic, I’ve shared a few tracks on my own playlists from the 2018 LP ‘2012-2017’ and the Dramatics sampling Now U Got Me Hooked is one of the best, it actually samples a song from 1973 called Now You Got Me Loving You

Showing how good the submissions by the Musicto family have been, I’ve not changed any track since the first selection and so onto Juls & Sango with Angele Ni Fie Juls, one of modern Afrobeat’s most prolific creatives, and Sango, the eclectic Seattle DJ and producer, has elements of Amapiano, and it features playful vocal samples over a steady yet evolving beat.

To my personal favourite selection and my track of the week O’Flynn and Tru Dancing another producer I’m well familiar with and someones who’s music I’ve shared before on the ‘Shake A Hoof’ playlist, this is a disco house track from 2017 with dramatic ebbs and flows, I love a good drop, but hate that typical EDM drum roll most common in many modern productions but when its done with such nuance its sounds great and adding afro rhythms and jazz influences on tracks like Sunspear and Mesablanca, 2019 was a good year for O’Flynn, lets hope he can bring some positive vibes to 2020, we all need it.

Now some remix action, hey nothing wrong with the original of the track, just thought The Purple Disco Machine version was a bit more soulful and for anyone who follows my playlists or who has seen the amount of soul playlists I have on my Spotify profile will know I love a bit of soul and disco so had to get that sound onto the list.

Now the start of them tenous links I mentioned above, a submission that I couldn’t locate on Spotify, probably a territory issue as the Musicto family is spread right across the world, so with the joys of Spotify and a bit of digital crate digging, searched the artist KB back catalogue and found Music You Made Me a delightful bit of soulful house music and there’s more KB guested on a track by Osunlade, one of modern dance music finest producers, so any excuse to add a track, so in goes Ole a little bit further down the list.

A band with a name like !!! captures your attention, again they are new to me but a great find, so good I added two tracks, the original submission Freedom 15 and to keep the flow of the playlist, you’ll find I Feel So Free (Lost Souls of Saturn remix) which is a top draw moody retro souding piano led piece of house music next to the hypnotic groove of Osunlade.

The next selection wasn’t anonymous as Chris of ‘Music to Burn a Million Miles’ shared it direct to me, so me swapping out a dance remix of the classic Specials track Ghost Town had me fearing a verbal backlash from Chris, but he later told me he had considered sharing this one anyway, just thought it kept the upbeat vibe of the list better than the moody original version, which I do love by the way, who doesn’t

Even just reading the name of the band on the next track Fierce Ruling Diva made me want to keep it in the list but then ‘Allemaal Allemaal’ kicks of with that early 90’s rave sound, hands in the air time and onto Disclosure a band I’ve just never lent my ear to, sadly always just overlooked them and that’s a shame as this track Tondo is pure class, a perfect slice of afro and jazz influenced house music

On a tangent again with the submission of Sam Smith’s version of ‘I Feel Love’ no offence to Sam but the original is so much better, but I haven’t even gone with that but DJ Pierre’s wildpitch version Pierre is another legend in dance music history, one of the first producers back in 1985 to use the Roland TB303 bass machine to make the squelching, repetitive sound of the abused 303 and Giorgio Moroder’s synths on the original are a perfect musical companion to this sound.

Listen to the classic sound of You Should be Dancing by the Bee Gees, followed on by another appearance by Mick Jagger, this time with the full band, this submission was originally ‘Miss You’ of course a great track but my mind went back to a DJ mix on BBC Radio 1 that I heard years ago, it was on the Mary Anne Hobbs show, each week there was a half hour guest mix and these were always really creative affairs as the show was multi genre, big beat, rap and all kinds of dance so they didn’t have to be the four to floor house sound as most DJ mixes, anyway this mix was by the Liam Howlett of the Prodigy and he managed to segue in The Beatles and the Stones, using Sympathy for the Devil no idea why my mind went back to this but enjoyed the memory.

Another submission that took me on a bit of musical journey was Wilson Pickett ‘I’m a Midnight Mover’, I do love that song but knowing I’m ending the list with a Hip Hop flavour, got to swap it to Get Me Back On Time Engine #9 a record that has been sampled by everyone fro NWA (Straight Outta Compton), Jay Z (99 Problems) Wu-Tang Clan (Tearz) and De La Soul, Tim Dog, The Prodigy, BDP, Dj Shadow and hundreds more. So keeping that vibe the uptempo dance track ‘Fergalicious’ by Fergie & Will I Am, transforms into the funky rap Karma by the Black Eyed Peas and Sly and the Family Stone ‘Everyday People’ oddly metamorphosed into a lesson in many of the dance sounds that shaped the sound of the genre with the classic cut and paste track Lesson 2 by Steinski and Double D, just because ‘Dance to the Music’ by Sly is sampled in Lesson 2. 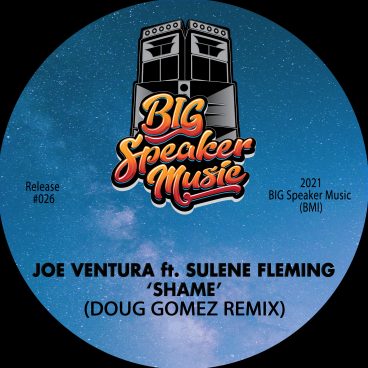 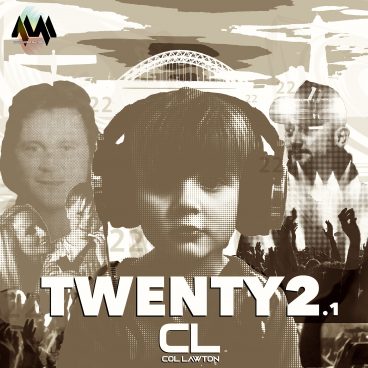 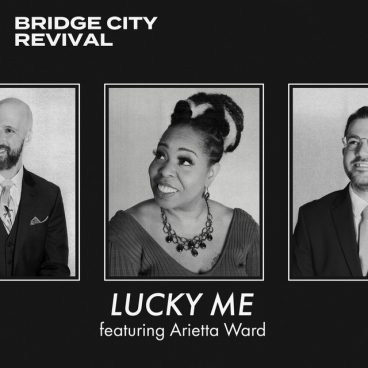