This may the most blasphemous addition to a playlist ever. Seeing a Miley Cyrus song may lead you to think I’ve taken my own advice, quit my job as a music curator, and this is my middle finger farewell post.

You’d be wrong. Someone once said, “Life begins at the end of your comfort zone.” So while this isn’t equivalent to standing on the front lines, this is me allowing myself to even press the green circle with a sideways triangle beside Miley Cyrus’ name. This is called maturity.

The reward is in the instrumentals. You ever wished you lived in an alternate universe where Yo-Yo Ma and Elton John were members of Metallica? After hearing this reworking of Nothing Else Matters for the upcoming compilation to commemorate the 30th anniversary of Metallica’s classic Black Album, you will. While I still prefer the growl of James Hetfield, Miley has enough rock in her to pull it off. But back to the musicians. You have Red Hot Chili Peppers’ drummer Chad Smith, the aforementioned Elton John and Yo-Yo Ma doing what they do best, and Metallica bassist, Robert Trujillo to keep the authenticity. All produced by WATT, a pop producer whose list of collaborators include, Justin Bieber, Post Malone, and Dua Lipa. Yeah, this shouldn’t work.

Never opened myself this way
Life is ours, we live it our way
All these words, I don’t just say
And nothing else matters

Remixes aside, this song is one of the godfathers of this playlist. The theme of “do you” is core to what we’re all about. And while it’s normally not a message you’d hear whilst being yelled at, it’s put as plainly as can be. And in a cosmic full circle way, the track even serves as justification for listening to the remix:

you can learn more about this new project here

For those intrigued and want to hear Nothing Else Matters identifying as a musical score for movie, here it is as part of The Jungle Cruise soundtrack

Hop on the freedom train with one of the standout tracks from the mid-year candidate for Album of the Year. 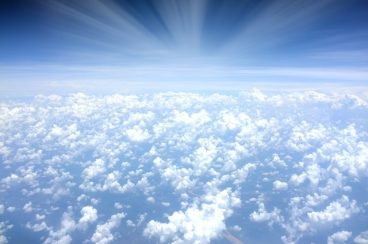 One degree of separation between me, my grandmother, and DMX