PEAK is a hip-hop song by South African producer and rapper DoouShii. DoouShii (pronounced: dough-shee) 21 year old South African artist born and raised in Pretoria, DoouShii does what he knows best to portray the authenticity and versatility of his city through his choice of sounds, cadences and approach to music in general.

DoouShii’s sound, while pulling inspiration from familiar terrains such as Neo-Soul and Trap, is a sound that uniquely belongs to him. Typically, it features off-kilter, groovy drum programming, sticky bass, and lush, atmospheric keys, and textures. Once familiarised with his sound, you can immediately recognise a DoouShii production as soon as you hear it. Describing it, he says it’s “very authentic. A sound that reminds you of home. There’s no place like home.”

DoouShii’s output began on SoundCloud years ago. Even from early on, his sound was already honed – and this is evident from his 2017 EP, WU (which stands for Woah, Unread). The EP featured the most played song on his SoundCloud “GUUD Agenda,” a collaboration with ROHO, an artist whose career is almost synonymous with DoouShii’s own because of the magnitude of their collaborations.

You can learn more about Doou$hii here: 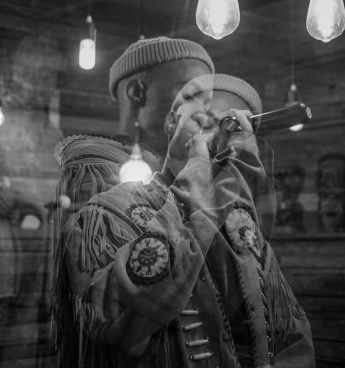