It was 2016 when I first heard about a rapper out of the UK by the name of Little Simz. I was put onto her music by way of a repost by Syd, front-woman of The Internet who’s featured on Simz 2016 album. “Stillness In Wonderland” is the title of her second album, but my first introduction to her music.

Within the album Simz puts on an ear capturing display of strong lyrical wordplay, a vast array of taste and texture, and the ability to string together a cohesive album that created her own wonderland. The album takes you down a rabbit hole full of self discovery and experimentation, leaving you in a sort of dream state that one can imagine Alice was in when she entered into wonderland. The album created much anticipation, but Simz disappeared as the Cheshire Cat, and would not return till this year.

The world of sound that Simz crafted on Stillness in Wonderland kept me patiently anticipating what would come next for Simz, and what was delivered was something I’d end up listening to constantly, all year.

Grey Area, released back on March 1st, shows Simz maturity as a gifted emcee who’s been steady working on her flow since the age of nine. The sound throughout Grey Area is more stripped back, still expansive, yet organic in feel and tone compared to her previous effort. Simz finds her pocket as an emcee and the instrumentation provided by her good friend Inflo accentuates her master flow. The production gives Simz space to flow as freely as she wants and really dig into her bag of lyrical acrobatics and creativity.

The chosen track, “101 FM”, is an excellent springboard into Grey Area and an introduction to Little Simz if you weren’t familiar before. On the track, she touches on her upbringing in London, getting into hip hop, triumphs, and tragedies. Her flow glides and bounces with the beat and it’s as if she’s walking down with you on the streets and ally’s she grew up on.

I’ve been playing this song and the rest of Grey Area all of 2019 and it’s easily one of my most favorite projects to come out this year. I hope everyone takes the time to dig into this gifted emcee, Little Simz

You can learn more about Little Simz here: 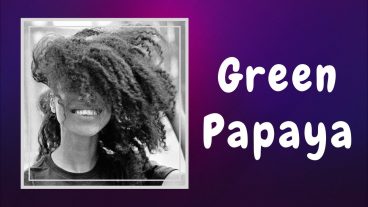