Echoing softly through the lines of a story feeling far older than the one spoken, King Creosote and Jon Hopkins create a snowy retelling of the feeling of bittersweet imperfect but lasting self-confidence. “John Taylor’s Month Away” tells the tale of a reminiscent picture of comparative self awareness contrasting the singer’s current state of life with another of men embarking on a month-long seafaring voyage from the perspective of a swing park in Roome Beach, Scotland.

Creosote sings of a reflective self confidence bound and by the fact that everyone, singer and listener included is and can only be themselves, finding beauty in this lasting fact. The song resonates with the nurturing and moral understanding of the self-confidence that comes from always and never not being able to be, and not really wanting to be anyone else. The feeling of knowing that although others may have fancy things and go on fancy vacations, although they may dwell with bright colors and loud noises they can never be any more or less than themselves, nor can anyone else even if they tried, is emanated by the ambient, dreamy tones and melody of “John Taylor’s Month Away”.

The song’s verses depict the men embarking on an adventure sure to lift them above themselves, remaining so upon their return. John Taylor’s Month Away is a song about focus, about true meaning devoid of adventures in avoidance of it. Creosote’s voice rings with the forlorn solace of a once deeply wanting passion soothed by an unpredicted chain of events bringing the seeker back to the start with a warmer heart than before, as often in life when we, as human tendency, manically chase things that we want deeply but not actually, instead finding inner solace in the unexpected peace of our greater lives without some random desire.

Creosote denies want for mindless seafaring adventure and accepts his place on land as himself in a role that he both is unable to not have and wouldn’t want any other way. Although he knows that he won’t be traveling the ocean for the next month, he knows that just as much if not more joy can also be found without embarking on a boat. The arrangement and vocals of the song match this emotion, sparse yet deep, soothing, and striking.

For once again I'd much rather be me…”

You can learn more about King Creosote here:

This Year – The Mountain Goats » 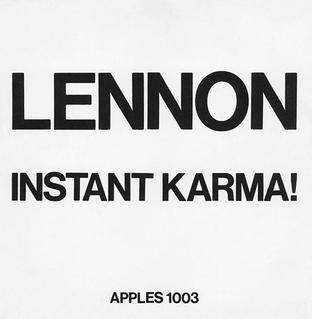