Have you read Normal People, or watched it? If you haven't done either, I'd strongly urge you to do both. Start with the book, please. (And prepare yourselves for why it finds a mention here).

So anyway, I read the book last August when a kindred spirit gifted it to me. It wrecked me for days. I couldn't put it down or stop thinking about the protagonists Marianne and Connell. They captured my imagination in a way that few other characters have. The author of the book is Sally Rooney, a 29-year-old writer from Ireland. She is touted as the voice of the millennial generation. To me, her excellence is as visible as that of Timothée Chalamet's on screen. As the book flits from rural Ireland to the pub lined streets of Dublin, it successfully portrays the rueful vulnerabilities of youth that are as touching as they are devastating.

Till well into April I did not know that a series based on the book is being produced by BBC. I wasn't as apprehensive as I was just desperately excited. Unlike many other adaptations, BBC's was as beautiful as the book and did the story and characters complete justice. Finally, the lead actors Daisy Edgar Jones (Marianne) and Paul Mescal (Connell) shared playlists on Spotify that captured the "musical identity" and "personality and emotions" of their respective characters. California by Lana Del Ray was on Marianne's playlist.

I haven't stopped listening to the track ever since I first heard it. There's so much already said about Lana's rich voice; its emotiveness and its melancholy. California, a cry to her lover, captures all the fundaments of Lana's music. It is as much standard rock as it is a ballad suited to for stadium audiences. "Changing like the weather/ that's so like you." It is intimate and anthemic."I'll throw a party, all night long."

California or not, this is the song we all need.

You can learn more about Lana Del Ray here:

About the curator - Aarushi Aggarwal

Aarushi is a senior at college and is majoring in history and international relations. Her music library is as much home to jazz as it is to Indian classical. Her passion for discovering new music far supersedes other equally important things like finishing assignments on time. She loves dogs, coffee and chocolate. 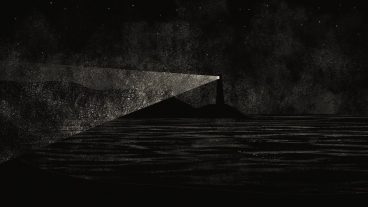 At this weird moment in time, as pain and anguish abound, let hope shine through. Give Départ a listen.

Recently, the Music To community came together to put together a playlist with an uplifting and inspiring message…

There are countless renderings of Summertime; it’s one of those classics that has stood the test of time and multiple genres. And nearly every time another artist attempts this, it has been a treat worth your time…